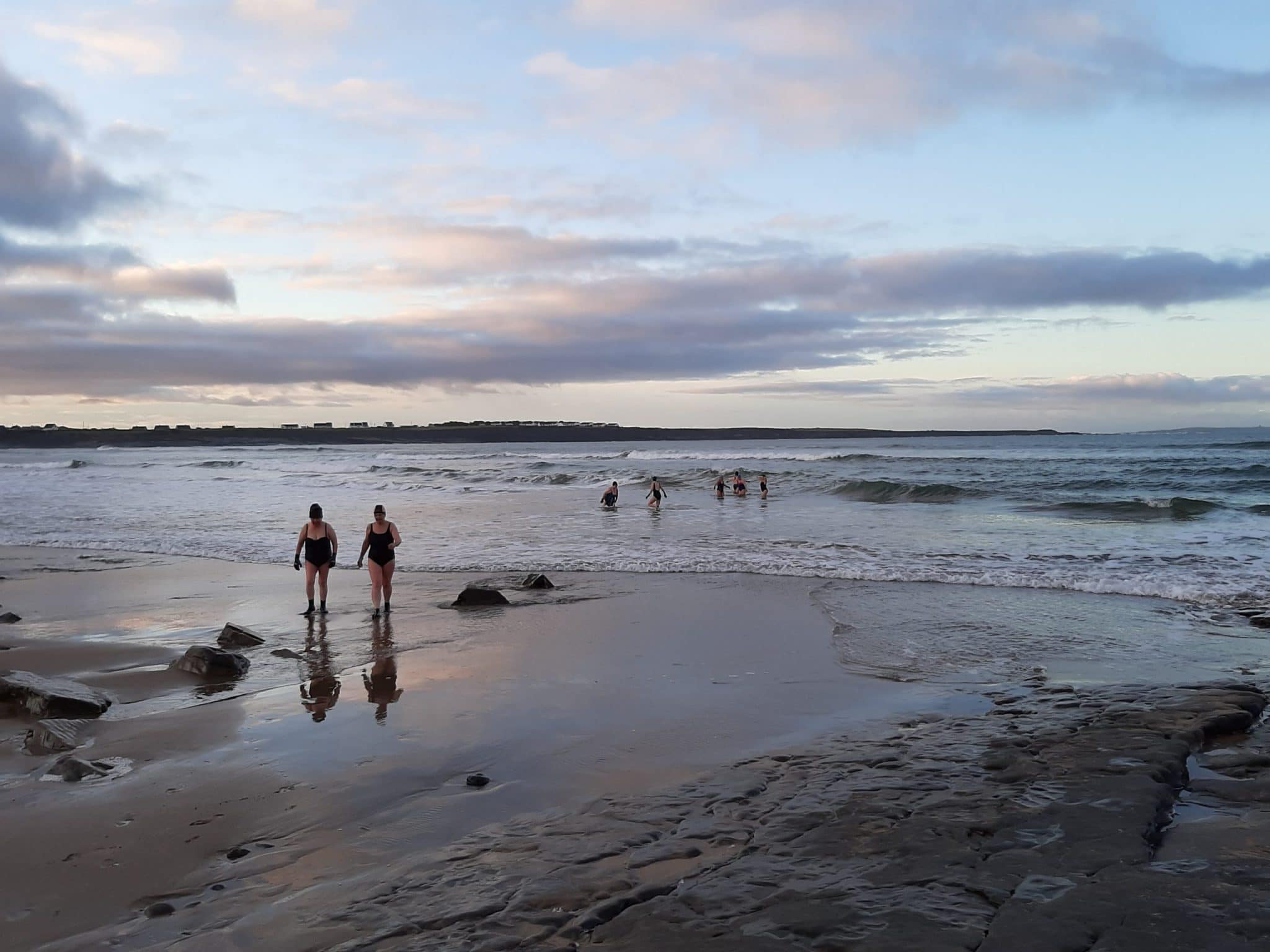 It is a long, long time since I wrote a blog post, and I’ve got slightly out the habit of writing them.  So, seeking inspiration I decided to Google today’s date (16 January), to see if this date is significant in any way.  Well, the answer was not helpful..”Each year on January 16, people across the nation observe National Nothing Day. National Nothing Day was created as a day to provide Americans with one national day when they can just sit without celebrating, observing or honoring anything”.

Oh great, I choose National Nothing Day to post a blog.  Great timing Sallyann. But this isn’t America, so maybe some of you are prepared to read this, instead of doing nothing? And if you ARE in America, maybe this might be allowable to read on National Nothing Day? Or you could look at it tomorrow?

Shortly after my last blog, I was off to the delights of the Phoenix Park and the brilliant Bloom in the Park festival.  This is always a pure pleasure.  The festival itself is that perfect mix of flowers, gardens, food and crafts, and I met so many like minded people as they came to my stall.  It is a crazy 5 days, and I was fortunate to have my husband and son with me to help out if energy levels began to flag. The food at Bloom is delicious, and I ate my way through vegan kebabs, wood fired pizza and some amazing cheeses whilst I was there. And the best chocolate in the known world, Magic Mayan Chocolate.

Almost immediately after Bloom I had the final Going for Growth meeting, held at KPMG’s headquarters in Dublin.  Our group, which we had nicknamed #TeamMarian after our mentor Marian O’Gorman, the CEO of Kilkenny Group, was meeting up with all the other participants for a final get together. I had the honour of making a presentation at this event. I’m not a natural presentation giver, and felt horribly nervous in the run up to this. But #TeamMarian got me through it, and as I walked back along the canal to pick up my car to drive home, I felt like I was floating. I had faced this challenge head on, and actually managed to overcome it.

And as I drove home, I knew I had a few days off ahead, because my Big Brother and his family had arrived whilst I was in Dublin. the weather was good, the beach beckoned, and the batteries recharged.

As Summer moved on, bringing warm sunny days as well as the odd wet washout, I gathered my images of flowers, to filter them out and work on my newest fabric design, which already had a name “Daisy” even if it didn’t have a form.  I selected the images I wanted to use and then started the process of working with my amazing graphic artist, Merita, who takes my photos and makes them into a usable file that can be printed on my fabrics. Blue and Orange Daisy were born

And then the excitement! RTE Nationwide came to film Sallyann’s Handmade Bags!  We started in Limerick, at the Mid West Simon Community charity shop in Roches Street, where my mother in law, Tres, gets most of the jeans that I recycle into handbags.  Anne Cassin, the presenter, totally charmed all before her, including my somewhat reticent mother in law to explain how she chooses all the jeans that I use.  I had no idea I was so fussy in what I prefer, but I know now! Then Anne, Des the cameraman and I headed to Bag Making HQ to film the manufacturing process, and to film an interview.  To make me look like a wannabe Bond Villain, Coco my large and bossy fluffy black cat demanded that she would sit on my knee throughout the interview, so she got her 5 minutes of fame too.  Finally we drove down to Lahinch in the bright evening sunshine to film me dropping some stock to one of my stockists, Bernadette McCarthy of Design Lodge Too in Lahinch.  It was such a lovely day, and Anne Cassin and Des made me feel so relaxed, I didn’t feel stressed by being filmed at all.

What happened in the Autumn

In late August Bernadette, my friend who runs the Design Lodge Too as mentioned above, told me about Snámhai Sásta, a group of people who were meeting every day at Spanish Point Beach at 9.15am for a swim in the sea.  When she suggested that I might like to join them, I laughed because in all the years that I have lived here on the West Coast of Ireland, I have only swum in the sea without a wetsuit twice.  But Bernadette is very persuasive, and my interest was piqued.  And so I went, and became totally hooked!  Anyone who follows me on Facebook or Instagram will know that I now try to go as often as possibly can.

The group started thanks to the inspirational June Curtin, who found that a morning swim helped her cope with the anxieties and stresses of her life.  As word grew, more and more people have joined June on her daily swims, and on the August Bank Holiday Sunday there were 400 people!  For me, Snámhai Sásta sets me up for the day. I find I can go to the beach a bit cranky, and I leave without any crankiness left, because of the laughter and fun and good humour that abounds amongst the Happy Tribe, as June calls us all. As Autumn drew in, and Winter approached, we kept asking each other, will we carry on? But we have, and even on the coldest, wettest of mornings there will be a few us jumping into the waves. It is about as life affirming an action as you can make, and leaves you galvanised for action for the rest of the day.  I find I miss it when I haven’t been for a few days, and even found myself asking for a fleecy Swim Coat (the brown coats you can see people wearing in the picture) for Christmas! If you are anywhere in the region, please come and join us one morning. But just bear in mind, it is addictive!

And now the looking forward bit….

The programme about Sallyann’s Handmade Bags went out on RTE at the end of September, and brought my bags to a larger audience, which was very exciting.  Coinciding with the arrival of the Daisy fabrics, I set to making plenty of stock for the whole Christmas Craft Market season.  October, November and December passed in a blur, and here I am in mid-January, getting my act together for the coming year.

In December, totally unexpectedly, we also gained another feline at Bag Making HQ. He’s a black and white kitten called Dave. He had taken a lift in the engine of a car and had ended up in the car park of Ennis General Hospital.  He had a shaky start given how young he was, not least the car engine bit, and for one night even had to be on a drip at the vet’s, but he is now trying to take on Coco’s title of Head Cat (he’ll be lucky). But he’s a beauty. Welcome to Bag Making HQ Dave.

January brings lots of background activity.  Administrative tasks that needed doing in October finally get sorted.  Forward planning of events takes place, research into new potential festivals happens.  I’m really keen to add more garden festivals to my calendar, so I’m looking at trying to go to the Galway Garden Festival, as well as the Clare Garden Festival, and hopefully Bloom in the Park again in June. If you have a suggestion for such events near you that you think might work, let me know. I’m also hoping to go back to the Royal Horticultural Society of Ireland Garden Show in Russborough House near Blessington too.

I’m still committed to working towards zero waste in my manufacturing process, and by recycling the zips from the jeans to make purses, and having the option to take my denim offcuts back to the Mid West Simon Community for them to sell again as rags, I have take a few more steps in this direction.  I’m reading a book about Craftivism (craft and activism – everything has to have a portmanteau name now) which is intriguing me and is definitely confirming to me that the direction I have taken towards Slow Fashion is right for my production process and business ethos. Expect more on this in my next blog post!

Right now I am staring down the barrel of a pile of ironing that is almost a metre high – all the recycled denim I have cut in the last 3 days.  You can see why writing a blog might appeal? And the exciting thing is that I have cut a few denim linings for backpacks, both the small and larger varieties.  I know a few of you have been nudging me, hinting to me, to get off my backside and get a backpack design sorted.  Well, that exalted time approaches!  After a nightmare wait for zips, and much heartache over differing design prototypes, I have shown people my ideas, and begun road testing them.

As they are aimed at being very handy for carrying books, I am hoping to launch my backpack designs at Chapel Lane Market during the Ennis Book Club Festival on 7th March. Watch this space!

Campervan Fabric Is Back!

My Bag of many colours (to misquote Dolly Parton)

This website uses cookies to improve your experience while you navigate through the website. Out of these, the cookies that are categorized as necessary are stored on your browser as they are essential for the working of basic functionalities of the website. We also use third-party cookies that help us analyze and understand how you use this website. These cookies will be stored in your browser only with your consent. You also have the option to opt-out of these cookies. But opting out of some of these cookies may affect your browsing experience.
Necessary Always Enabled
Necessary cookies are absolutely essential for the website to function properly. This category only includes cookies that ensures basic functionalities and security features of the website. These cookies do not store any personal information.
Non-necessary
Any cookies that may not be particularly necessary for the website to function and is used specifically to collect user personal data via analytics, ads, other embedded contents are termed as non-necessary cookies. It is mandatory to procure user consent prior to running these cookies on your website.
SAVE & ACCEPT
×
×
×

Item added to your cart

Continue Shopping Go To The Cart